Written by Steve Cauvel, CPI on May 29, 2020. Posted in Home Inspection

Home Inspection Reports What to Expect 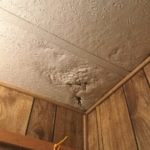 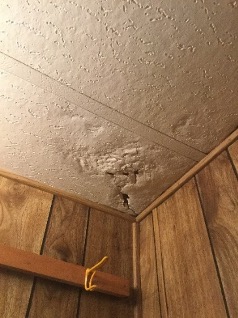 Influenced by the changes in the economic and legal environments over the past 30 years, home inspection reports have changed to accommodate increased consumer expectations, and to provide more extensive information and protection to both inspectors and their clients.

Prior to the mid-1970s, inspection reports followed no standard guidelines and, for the most part, there was little or no oversight or licensure. As might be imagined, without minimum standards to follow, the quality of inspection reports varied widely, and the home inspection industry was viewed with some suspicion.

With the founding of the American Society of Home Inspectors (ASHI) in 1976, home inspection guidelines governing inspection report content became available in the form of a Standards of Practice. Over time, a second, larger trade association, the International Association of Certified Home Inspectors (InterNACHI), came into existence, and developed its own standards.

As a consumer, you should take the time to examine the Standards of Practice followed by your inspector. If he is unaffiliated with any professional inspection organization, and his reports follow no particular standards, find another inspector.

Generally speaking, reports should describe the major home systems, their crucial components, and their operability, especially the ones in which failure can result in dangerous or expensive-to-correct conditions. Defects should be adequately described, and the report should include recommendations.

Reports should also disclaim portions of the home not inspected. Since home inspections are visual inspections, the parts of the home hidden behind floor, wall and ceiling coverings should be disclaimed.

Home inspectors are not experts in every system of the home, but are trained to recognize conditions that require a specialist inspection.

Home inspections are not technically exhaustive, so the inspector will not disassemble a furnace to examine the heat exchanger closely, for example.

Standards of Practice are designed to identify both the requirements of a home inspection and the limitations of an inspection.

Checklist reports are just that; very little is actually written. The report is a series of boxes with short descriptions after them. Descriptions are often abbreviated, and might consist of only two or three words, such as “peeling paint.” The entire checklist might only be four or five pages long. Today, some inspection legal agreements are almost that long!

Because of the lack of detailed information, checklist reports leave a lot open to interpretation, so that buyers, sellers, agents, contractors, attorneys and judges may each interpret the information differently, depending on their motives.

In the inspection business, phrases that describe conditions found during an inspection are called “narratives.”  Narrative reports use reporting language that more completely describes each condition. Descriptions are not abbreviated.

Both checklist and narrative reports are still in use today, although many jurisdictions are now beginning to ban checklist reports because the limited information they offer has resulted in legal problems.

From the standpoint of liability, narrative reports are widely considered safer, since they provide more information and state it more clearly.

Many liability issues and problems with the inspection process are due to misunderstandings about what was to be included in the report, or about what the report says.

For example, in 2002, an investor bought a 14-unit hotel in California.  The six-page narrative report mentioned that flashing where the second-story concrete walkway met the building was improperly installed, and the condition could result in wood decay. Four years later, the investor paid out almost $100,000 to demolish and replace the entire upper walkway. In some places, it was possible to push a pencil through support beams.

Although the inspector’s report had mentioned the problem, it hadn’t made clear the seriousness of the condition, or the possible consequences of ignoring it. Today, a six-page report would be considered short for a small house.

Years ago, when computers were expensive to buy and difficult to operate, inspection reports were written by hand. As computers became simpler to operate and more affordable, inspection software began to appear on the market.

Today, using this software, an inspector can chose from a large number of organized boilerplate narratives that s/he can edit or add to in order to accommodate local conditions, since inspectors in a hot, humid city like Tampa Bay, Florida, are likely to find types of problems different from those found by inspectors in a cold, dry climate, like Salt Lake City, Utah.

Using narrative software and checking boxes in categories that represent the home systems, an inspector can produce a very detailed report in a relatively short time.

For example, using a checklist report, an inspector finding a number of inoperable lights in a home would check a box in the “INTERIOR” section labeled something like “some lights inoperable,” and that would be the limit of the information passed on to the client.

“Some light fixtures in the home appeared to be inoperable. The bulbs may be burned out, or a problem may exist with the fixtures, wiring or switches.

If after the bulbs are replaced, these lights still fail to respond to the switch, this condition may represent a potential fire hazard, and the Inspector recommends that an evaluation and any necessary repairs be performed by a qualified electrical contractor.”

Standard disclaimers and other information can be pre-checked to automatically appear in each report.

“Typically” is a key word here. Some narratives may simply give the ampacity of the main electrical disconnect. There is no need for more than one sentence. Different inspectors would include what they think is necessary.

Inspection reports often begin with an informational section which gives general information about the home, such as the client’s name, the square footage, and the year the home was built.

Other information often listed outside the main body of the report, either near the beginning or near the end, are disclaimers, and sometimes a copy of the inspection agreement, and sometimes a copy of the Standards of Practice.  A page showing the inspector’s professional credentials, designations, affiliations and memberships is also often included.  And it is a good idea to include InterNACHI’s Now That You’ve Had a Home Inspection book.

Inspection reports often include a summary report listing major problems to ensure that important issues are not missed by the reader. It’s important that the reader be aware of safety issues or conditions which will be expensive to correct. With this in mind, some inspectors color-code report narratives, although many feel that color-coding exposes them to increased liability and don’t do this.

Software often gives inspectors the choice of including photographs in the main body of the report, near the narrative that describes them, or photographs may be grouped together toward the beginning or end of the report.

A table of contents is usually provided.

It often depends on how the inspector likes to work.

Many inspectors have websites which include sample inspection reports for prospective clients to view. Take the time to look at them. Also often included is a page explaining the scope of the inspection. The inspection contract is usually included on the website, and it should give you a good idea of what will be included in the report.

In conclusion, for consumers to have realistic expectations about what information will be included in the home inspection report, follow these tips: